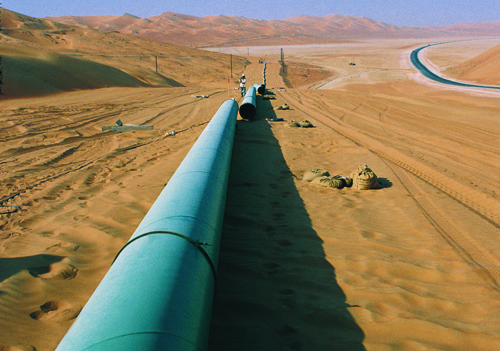 After a year of delivering Algerian natural gas to Spain, the Medgaz pipeline continues to face significant challenges to full capacity, with traffic running lower than expected due to a number of factors in Spain and beyond.

The pipeline connecting Algeria with Almeria has the capacity to transport “8 billion cubic meters annually, or 22 percent of Spain’s gas needs,” according to a Reuters report. Sonatrach currently owns 36 percent of Medgaz, with Iberdrola, Abu Dhabi’s Cepsa, Enel’s Endesa and Gaz de France on as project partners.

Algeria’s role as one of the largest natural gas importers in the world has been hurt recently thanks to the country’s sustained economic downturn, which shows little sign of improving in the near future. Even after announcing an EU-level bailout for Spain’s ailing banking system this past weekend, Prime Minister Mariano Rajoy warned that the country’s economy faced a difficult year ahead, suggesting further economic contraction and a longer path to recovery.

Such sentiment gives little confidence to the country’s natural gas actors who are dealing with a decrease in demand so significant that Spain’s newest LNG plant will be hibernated as soon as it is completed in December. Complicating the matter further, Spain’s limited connection to other European natural gas customers has hindered the country’s ability to off-load excess supply. Spain’s minimal pipeline network to France is likely to remain limited due to long-standing political opposition to new transport lines from France.

For their part, Algeria and their state-backed firm Sonatrach have been working to increase their natural gas efforts, announcing an $80 billion euro plan to expand their resource base over the next five years.