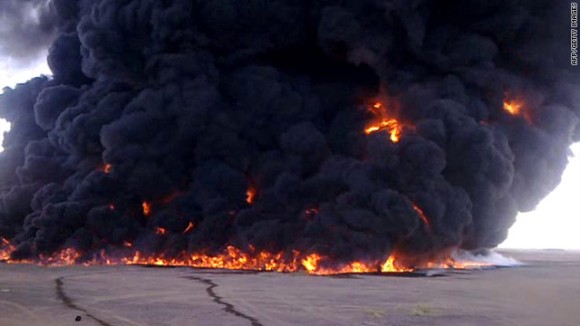 As Egypt’s natural gas potential quickly emerges as one of the country’s strongest forces for recovery, its downstream sector is coming under increasing scrutiny as the reality of questionable capabilities and cancellations start to take effect.

Highly dependent on domestic natural gas reserves for both electricity production and export revenue, Egypt has placed the country’s promising sector at the heart of the post-Mubarak recovery. However, despite a steady increase in interest in exploration and production efforts from outside energy firms, Egypt’s downstream operations remain a sore spot for natural gas sector growth, affecting both needed earnings and domestic energy demand.

The most glowing example of this comes with the country’s pipeline system through the Sinai Peninsula, which has remained a volatile point of militant activity since the fall of the Mubarak government in February 2011. Since then, the pipelines allowing valuable exports to Israel and Jordan have been attacked on 15 occasions. These delays were followed by a cancellation of exports to Israel after the controversial nature of the two countries’ trade agreement became clear. The fragile state of Egypt’s Sinai pipelines claimed its first business victim recently when Israel’s Ampal filed for Chapter 11 due to the loss of revenue as a result of the halt in trade this past April. The company held 12.5 percent of EMG, the institution responsible for delivering Egyptian natural gas to Israel. While the company’s ability to meet debt obligations began as early as December 2011 thanks to the repeated attacks, the April cancellation proved to be the final straw for the firm, according to the Egyptian Ahram Online.

In addition to launching a military offensive in the region to help quell unrest, the Egyptian government is looking to outside funding options to help improve the downstream outlook. Some relief may come from a recently announced $18 billion investment pledge from Qatar, $10 billion of which has been set aside for gas, power, iron and steal plants, according to The Chicago Tribune.

Cairo’s largest energy challenges are rooted in the country’s generous oil and gas subsidy program, which increased 40 percent last year to cost the state $16 billion, or one-fifth of its operating budget, according to Reuters. However, the country’s downstream operations have also become an obstacle to recovery as outside interest has focused on E&P efforts, including a recent $10 billion BP plan over the next five years according to Bloomberg, instead of infrastructure investment.