As investors and development teams from Europe and the United States keep their cautious distance from the uncertainty of North Africa after the Arab Spring, some financial support and confidence is arriving on the Mediterranean shores, perhaps none more substantial than that of Qatar.

Active and present from early on in the rapidly changing capitals of Cairo and Tunis, Qatari representatives have stepped up their support in recent weeks, signaling a willingness to contribute, including downstream efforts that could prove vital to the region’s recovery and future growth.

Eager to strengthen ties in the region, especially in those states that have seen a shift in political leadership over the past year, Qatar began outlining a series of financial programs earlier this year. In Tunisia, a dormant refinery project was revived in May after Qatar announced that they would again put forth the $2 billion necessary to support a refinery project that could see the country’s output capacity increase fourfold. Boasting an initial output of 120,000 bpd, the plant will eventually produce 250,000 bpd upon completion, as well as 1,200 jobs. By aiding in a post-Tunisia’s efforts to reduce heavy dependence on foreign energy resources and even move them towards a possible role as refined product exports, Qatar is hoping to sew the seeds of good will with the post-Ben Ali government.

In addition to cultivating a relationship with the new government in Libya, Qatar has also worked to help the development of downstream energy projects in a post-revolution Egypt. Earlier this year, Qatar announced a $3.7 billion financing agreement with the Egyptian Refining Company to help support a refining project there, with the Qatar Petroleum set to take on a 25.3 percent stake in the effort, according to a Bloomberg report. Shortly after, the Qatar Investment authority announced a sprawling $18 billion investment plan, with $8 billion set aside for electricity and natural gas projects to the East of the Suez Canal.

The expansion of a North African footprint comes as Qatar has extended its reach into the energy sector, including several recent purchases and expansions of stakes in energy companies across North Africa and Europe. The new funding agreements also challenge the tide of recent state and private investors who have acted with caution when dealing with North African nations.

As Libya became the center of global attention for all the wrong reasons last week, the country’s energy sector took a significant step towards recovery as deliveries from the Ras Lanuf refinery resumed after a year of closure. Responsible for more than half of the country’s oil and gas refined output, the return of production was a welcome step towards reaching and surpassing pre-conflict production levels.

However, lingering concerns about security throughout the country and a slowing production recovery have cast doubt on whether the country can continue to increase its output levels for both domestic energy and government spending needs.

According to the Libya Herald, Tripoli has outlined an annual operating budget of $55.3 billion and estimates they can earn $54.9 billion in oil and gas revenues over the next year. With little else in the way of exports or local development, Libya’s hydrocarbon output is the country’s surest way towards keeping the state moving towards stability and recovery. The reopening of the Ras Lanuf refinery after it was closed during last year’s civil war is a significant step in that direction.

Before closing its doors last year, Ras Lanuf was a leading producer of naptha and jet fuel and was capable of producing four cargoes of low-sulfur fuel oil a month, according to a Reuters report. After a series of delays, the plant came back online late last month, producing about half of its 220,000bpd capacity. The plant is overseen by the Libyan Emirati Refining Company, a joint-venture between Libya’s state oil company National Oil Corporation and UAE-based Al Ghurair group.

Despite the good news for the country’s recovering energy sector, the reopening comes as Libya’s return to pre-conflict levels has begun to slow. Earlier predictions that output would recover by this October as output began to stall around 1.38 million bpd in August, according to the Financial Times. Further recovery has also been shadowed by growing concerns that Libya’s security situation is not yet stable enough for a full return for much-needed international investors – a feeling that became very real last week as attacks on Western interests spurred strict travel warnings from the US and United Kingdom.

As Shell joins the ranks of foreign firms reassessing their presence in Libya amid political and security instability, the country’s downstream ability to attract needed investment and modernization financing has become increasingly questionable. Although general production levels are on schedule to meet pre-conflict levels this summer, Libya’s ability to move beyond that amount and make better use of the continent’s largest proven reserve of crude is far less certain in the eyes of potential production partners.

While both sides of last year’s conflict expressed their intent in protecting the country’s valuable production and refining infrastructure, many facilities were damaged during the violence that led to the collapse of the Gadaffi government. Far more remains outdated and unable to meet growing needs.

At the center of the debate is the country’s continued delay in re-opening the 220,000bpd Ras Lanuf refinery. While operations at the country’s second largest Zawiya Oil Refinery have reportedly returned to 100 percent, concern about stability and disputes with local authorities have kept the needed Ras Lanuf from operating at full capacity.

These concerns stem from growing public protest against new and existing contracts and uncertainty about the country’s political well-being. The latter of these issues has been further complicated by the recent news that national elections would be postponed from this month to next. Meanwhile, according to a Dow Jones report, the country’s energy sector has been slowed and in some cases stopped completely, by an ongoing review process and increasingly anxious opposition to agreements with US and European firms.

The resulting landscape has left many foreign partners, who would provide needed funding for infrastructure development and downstream expansion, wary about returning or entering the Libyan marketplace. In March, State Oil Co. of Azerbaijan, or Socar, denied reports that they would enter into agreements with Libya to expand their refinery and petrol station presence in the country, citing ongoing instability as the reason. 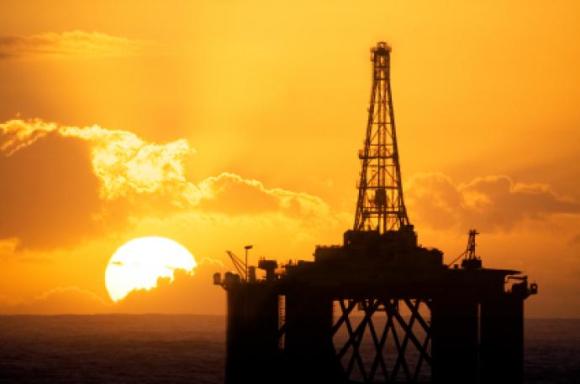 A recent IMF report outlining the economic outlook of MENA states painted a positive but cautious portrait of North African states after the Arab Spring, with both potential and obstacles linked to the fortunes of the region’s energy sector.

From Rabat to Cairo, the post-Arab Spring region will depend heavily on energy use and production plans to get them through the next year, according to the IMF’s biannual Regional Economic Outlook Update for the Middle East and Central Asia report.

Unsurprisingly, the IMF report painted a rosier picture for oil and gas exporting states in the region, though they were quick to add that significant obstacles to growth and economic stability remained, mostly in the form of political uncertainties, periphery conflicts and the lingering impact of the European debt crisis.

In the case of countries like Algeria, Spain’s second recession in four years does little to help the government’s ability to keep natural gas revenues in line with public spending needed to keep an increasingly agitated population happy. For government officials in Algiers, oil revenues would need to stay at least above $100 a barrel to cover the expense of the country’s subsidy programs and state spending, according to a Financial Times report.

Instead of reducing government support systems, Algeria has moved to expand them with this week’s announcement that they would introduce legislation outlining new incentive programs for the country’s burgeoning shale industry. Pointing to projects in the US and Poland, Algeria have outlined a plan to increase revenue and expand domestic production through tax incentives and a pledge on the part of the state-backed firm Sonatrach to invest up to $80 billion over five years, with 60 percent going towards shale exploration and production, according to a Bloomberg report.

“Oil-importing, especially Arab Spring, countries will need to set out on their own paths toward economic modernization and transformation,” read the report. “But they will also need to rely on financial assistance and technical and policy advice from the international community to support homegrown reform agendas. “

foreign investment and other financial support coming from international institutions. Without political stability across a region heavy with new governments, investors and financing agencies remain cautious, slowing the process of infrastructure recovery in Libya. According to a regional energy analyst at CIDOB, a Barcelona-based foreign policy think tank, the lingering uncertainty about North Africa has forced a “wait and see” approach on the part of European and US investors, as well as funding institutions.

In Egypt, a lack of political consensus has hindered the new government’s ability to ensure a $3.2 billion development loan from the IMF and threatened much largr potential agreements from Gulf state funds. For their part, the IMF cited a lack of a clear direction as reason for pause. This political instability has been most evident in Libya as interest from much needed foreign oil and gas partners is being tested by an interim government seen as dragging its feet on providing opportunities and access to Africa’s second largest proven reserves.

Unfortunately, that stability is not restricted to whether political coalitions can organize in time or ensure safe and effective elections. Across the region, questions about violence and safety have plagued governments, making the prospect of attracting needed foreign investment all the more difficult. Most recently, tension between Sudan and the newly autonomous Southern Sudan boiled over into violence as a result of conflicting claims about oil reserves. The potential for the Sudanese conflict to spread has demanded the diplomatic attention of regional neighbors, including the Egyptian government who sent representatives to help ease tensions.

To the west, the potential threat of the Northern Mali separatist movement spilling over into the Southern Sahara areas of Libya and Algeria have kept officials and investors on edge in those countries.

In the case of Morocco, leaders in Rabat were able to boast one of the North Africa’s only steady increase in per capita income, but pitfalls remain, especially in light of the country’s weak domestic potential and heavy dependence on foreign resources. During a recent conversation with Forbes, Fouad Douiri, Morocco’s newly appointed Minister of Energy, Mines, Water and the Environment said the country will address development and energy issues by targeting renewable projects in favor of shale, offshore or traditional drilling operations. Outlining plans to install more than 2000 MW of solar, wind and hydro power, Douiri said that the government intends to « reduce Morocco’s annual imports of fossil fuels by 2.5 million tons of oil equivalent and to prevent the emissions of 9 million tons of carbon dioxide.”

While confident that they will be able to continue funding such efforts, the Moroccan government face significant fiscal shortfalls thanks to an increase in subsidies and public work jobs offered to calm growing political opposition last year.